Prompted by the the recent Ebola outbreak in Uganda, virologist Kari Debbink was motivated to do some education on the various Ebola virus strains. Regarding the risk of an Ebola epidemic,  I found this fragment reassuring: 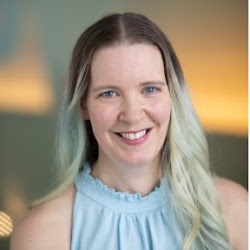 Although Ebola seems pretty scary, it is actually not a very “successful” virus in humans. If you take into consideration that the whole point for a virus is to keep replicating (virus version of reproducing) and infecting new hosts, then the most deadly ebolaviruses pretty much fail. Sure, they cause scary disease/death in a few humans before health officials realize that Ebola is afoot, but most ebolavirus outbreaks never make it past the immediate area they began. Why?

First, because ebolaviruses cause disease severe enough in a short amount of time that people recognize the need to contain the infection (separate sick from non-sick, identify people who might be infected).

Second, transmission of ebolavirus is not as efficient as many other viruses. This is because it is passed when infected bodily fluids like blood, vomit, and diarrhea contact mucus membranes or open wounds. (This may just be me, but I try to make it a habit of NOT coming into contact with other peoples’ blood, vomit, and fecal matter—okay, the last is kind of lie since I study norovirus—but it holds true for pretty much everyone else) Note that Ebola is NOT passed via aerosols like many highly-contagious respiratory viruses. By the time an infected person is highly contagious, it is usually obvious that they are sick (because they are either bleeding, vomiting, or having diarrhea), so oftentimes the only people infected are those caring for the patient without proper protective clothing (gloves, eye protection, mask, etc…).

Third, it cannot survive for long outside the body (unlike my beloved norovirus), so people don’t need to worry about touching an infected doorknob or something and picking it up. (Well, unless you are caring for someone with Ebola who just used the threw up all over the floor and you decide to clean it up.)

Fourth, oftentimes, people die too quickly to infect others.

Fifth, outbreaks start in remote areas. While we do not yet know for sure the reservoir animal (the animal that carries the virus around in between human infections), it is likely that it is either bats or non-human primates. People in more remote areas come into contact with these animals, while those in populated areas tend not to.

Finally, most of these remote areas do not have adequate medical care, so many of the first people to handle Ebola patients do not use proper precautions when treating them and end up infected themselves. Once trained medical staff arrive, outbreaks are usually contained relatively quickly.

Back in February 2012 Kari explained the purpose of her blog:

(…) After reading countless science new articles with glaring errors and comments by people who are grossly misinformed, I decided to try to do my part (though small) to educate the average person about science. The idea behind my blog is to take news articles (primarily about microbiology) that end up in the mainstream news and explain them in more detail, point out the inaccuracies, and generally educate the general (non-science) public about science.