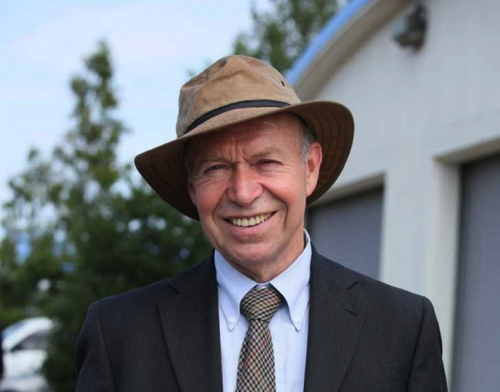 It is not always easy to speak truth to power, but all citizens have the opportunity if they choose. I have one minor, easy suggestion for you to consider, and another requiring more effort.

The first concerns “Big Green,” the large environmental organizations, which have become one of the biggest obstacles to solving the climate problem. After I joined other scientists in requesting the leaders of Big Green to reconsider their adamant opposition to nuclear power, and was rebuffed, I learned from discussions with them the major reason: They feared losing donor support. Money, it seems, is the language they understand. Thus my suggestion: The next time you receive a donation request, doubtless accompanied with a photo of a cuddly bear or the like, toss it in the waste bin and return a note saying that you will consider a donation in the future, if they objectively evaluate the best interests of young people and nature. — James Hansen October 11, 2014

If you think about this a bit, isn’t it obvious that the leaders of “Big Green” are driven by the same motivations as politicians — Power. Power is increased by raising more money every year. That is their goal. It is that simple. I’m talking about the rich and famous NGOs: Greenpeace, Sierra Club, Friends of the Earth, National Resources Defense Council, Union of Concerned Scientists, and so forth.

Please don’t let your friends donate to Big Green! If you’ve not read ‘To Those Influencing Environmental Policy But Opposed to Nuclear Power‘ this would be a fine time.

4 thoughts on “James Hansen calls out “Big Green”, its the money that drives their anti-nuclear dogma”