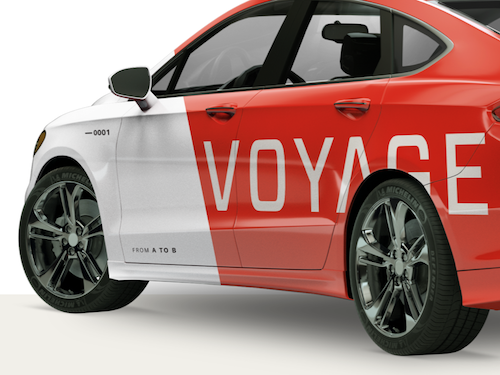 UPDATE: Sebastian Thrun answers student questions for 24 minutes in this video Self-Driving Car Nanodegree: Q&A with Sebastian Thrun. This video is probably the most informative insider perspective on the fast-moving autonomous vehicle space.

One example of how fast the field of AI is moving: Udacity’s “school for robo-cars has been so successful that it’s now spinning out of Udacity into its own company, Voyage.” Here’s a snippet from Business Insider:

(…snip…) The new spin-out will be lead by Oliver Cameron, a Udacity VP that was spearheading a lot of its self-driving car curriculum. The company broke the news to its employees Wednesday morning.

Udacity will have a stake in the newly-formed company as part of the deal, said the Udacity’s CMO Shernaz Daver. Voyage also recently closed a seed round of funding that included Khosla Ventures, Initialized Capital, and Charles River Ventures.

Voyage has been hot in Silicon Valley investor circles because of one big name linked to Udacity: Sebastian Thrun. Thrun, who founded the education startup, is also nicknamed the “Godfather of self-driving cars” for the work he did at Google and helped launch the self-driving car nanodegree program at Udacity.

Thrun, though, says he’ll have no connection with Voyage even though it’s spinning out of his company. “Because of personal conflicts, I have excused myself from any involvement in Voyage. I wish Oliver and his team all the best,” Thrun said in a statement to Business Insider.

The autonomous taxi startup wants to bring about the end goal where autonomous cars can carry people anywhere for a very low cost, Cameron said. It already has permission to deploy its self-driving cars to ferry passengers in a few places over the next few months, but Cameron declined to specify where.

“We want to deploy these not within five years, but very soon. We think in terms of weeks, not in terms of years or months,” he told Business Insider in an interview.

Pure guess: one reason Oliver Cameron decided to take this risk is because Udacity is open-sourcing it’s own self driving car project. All the code is there for all of us to use and improve. Including the new startup Voyage. And Oliver Cameron has a pretty good idea how successful the Udacity project is going to be.

We meat-bodies generally over-estimate short-term progress (one to three years) and underestimate medium-term technology progress (ten to twenty years). My particular interest is AI. That is partly because five decades ago Artificial Intelligence was my academic field at Carnegie Mellon. The logic-based AI that I was investigating with Herb Simon and Allen Newell is now known as GOFAI (good old-fashioned AI, that’s the AI that didn’t work very well). What motivates my current interest is that Machine Learning (ML), is starting to be really useful, and the rate of progress in narrow AI applications of ML is accelerating. You can see for yourself the rate of progress in ML in the explosion of speech recognition gadgets like Amazon Alexa, the voice service that powers the home Echo device. Now any of us can access voice and image recognition. In perhaps five years we will begin benefiting from Self Driving Cars (SDC) if we live in the right places.

I think that open-source, low-cost initiatives like Google’s release of TensorFlow mark a major inflection point in the rate of ML progress. A teenager can now prototype her ML-based idea to see if it really works. She doesn’t need to go to Sand Hill Road to raise venture capital. In fact, the VC community isn’t going to pay any attention to you unless you have already built your project to a level where it can be tested.

Another powerful indicator of the inflection point thesis is Udacity’s Nanodegree offerings. Outstanding example: the Self-Driving Car Engineer Nanodegree. For $800/term you can graduate with a qualification that dozens of leading companies are eager to hire. Here’s some of the hiring-partners of this SDC Engineer Nanodegree [they helped build the course]:

How can you learn more? Well, I suggest having a look at videos from the March 8th 2017 Udacity Intersect conference. This was a remarkable event, opening the window so all of us can get visibility on what is happening. The Computer History Museum was vibrating with the energy of companies recruiting Udacity students and Nanodegree graduates. Pretty much every panel and keynote of the Agenda was packed with tech industry insiders exchanging views about their projects, priorities and especially the people they want to hire.

I’m highlighting Udacity Intersect 2017 because the conference offers a concise and fun way to get a look into the future and behind the curtain. What are the leading tech companies thinking and doing? Where are we likely to be in 10 to 20 years?

You can find links to videos of every segment of the conference at the main Intersect page. If you’re not sure this is for you, please check out the final session Fireside Chat: Astro Teller and Sebastian Thrun. These 33 minutes gives you access to two of the leading innovators who have convinced me that “the future is closer than you think”.